The Curious Case of Using Children in Advertising

Advertising is an important and effective tool used by various industries to sell all kinds of services and products. The advertisers have thirty-seconds to a minute to convince people that their product is the superior one. It is interesting to see the various concepts that have been employed by brands overtime to try and capture the audience’s imagination successfully. From celebrity endorsements to catchy jingles to using children. There have been many common traits that one can find in these ads across brands.

Why do brands use children in advertising?

From the 1990’s there has been an increase in the presence of children as a part of these efforts to promote products or brands. In some cases the brand mascot has been a child who has later become synonymous with the company. One could look at the polka-dotted dress wearing girl for Amul or the white skirt-wearing dancing Nirma girl. While some assume that the reason for using children is simply because a certain amount of the population would find the child ‘cute’. The actual reasons go beyond the simple notions of adorability. 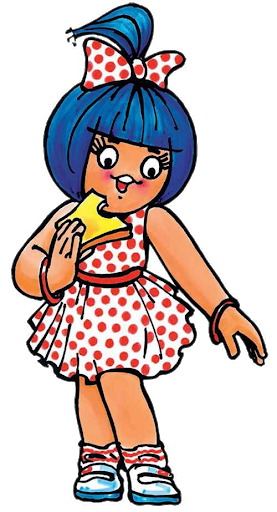 In fact in the recent times the ads featuring children are no longer limited to products for children. Children are not just endorsing milk and candy, but can be found almost everywhere from toothpaste to life insurance and even e-commerce site ads.

Various arguments have been presented to justify or explain this preference for children in advertising. Some believe that using children presents a more ‘family-friendly’ impression for the brand. Others have argued that using children in ads for products catered to an older audience is useful as it presents this idea that the steps involved in using the service or procuring the product are essentially ‘child's play’. Flipkart’s series of advertisements where they featured children in grown-up roles aimed to tell their market that using their website is simple to use, or in other words - ‘Child’s play.’

However, one of the main reasons behind this use of children is simply the fact that children are powerful indirect influencers in a family's product choices. Studies from the 1990’s have shown that children's direct influence in parental purchases was estimated to be around $188 billion in 1997, up from $132 billion in 1990, $50 billion in 1984 and $20 billion in the mid-70s. Further, if a brand captures the imagination of a child and turns them into a loyal consumer, they create a consumer for life.

It is fair to say that its repercussion is not that simple. Nor are the various debates and opinions that exist about this multi-layered relationship between children and the advertising industry.

“Children are now expected to work 12-hour shifts, with 20-30 children cast every month, where they are used to shoot on average 15 commercials per month”

One cannot analyse the presence of children in advertising without looking at the laws that govern and allow for it. The ILO defines child labour as “any work that deprives children from their childhood, their potential and their dignity, and is harmful to their physical and mental development.” As of June 2017, India has ratified 6 of the 8 ILO Conventions. In 2010-11 The National Commission for the Protection of Child Rights released detailed guidelines about problems faced by child actors. These guidelines have been structured in an attempt to protect the ‘mental, physical and emotional health of children’. It recognises that the environment where these children have to work is more suited for adults and therefore allows for children to be exposed to stress and anxiety-inducing problems which are not suited to their mental maturity.

It is important here to mention that the guidelines have been prescribed are catered to child actors in serials, films and scripted reality TV shows. Advertising is considered to be a less-hazardous environment for child actors.

In the 1990s, children in advertising were treated very carefully, they would be picked up from their homes, given special food and if a child froze in front of the camera, the shoot would be cancelled. Since the concept of using child-actors in ads was new at the time, children were treated with extra caution. Today the scenario is very different, children are now expected to work 12-hour shifts, with 20-30 children cast every month, where they are used to shoot on average 15 commercials per month.

Statistics have shown that the market for children aged 4 to 12 years alone rakes in some $30 billion annually.

While the lines defining child labour, especially when it comes to the role of children in advertising is still very blurred. There appear to be some factors which do seem to hinder the child’s growth and health. One of the biggest factors, ironically, are parents. Pushy parents who are known to drag their children from audition to audition in an effort to get their child cast, not just for the ten-minutes of fame that follow but also for the monetary benefits.

A common phenomenon that has been witnessed over the years has been that successful child-actors have grown up to find that all their hard-earned money has been squandered away by their parents. To prevent this from happening the NCPCR’s new guidelines declare that the money earned by the child is to be put into a fixed deposit in a government-owned bank.

There are people who are opposed to this use of children in the promotion of products. They feel that by utilising children for the endorsement of products they are in a way taking away the innocence of the child and should, in an ideal scenario, only exploit the children after they are 18.

Psychologists have done various studies on children in advertising and they too don’t agree with this presence of children in advertising and the larger entertainment industry. Studies prove that pushing children into the limelight affects them negatively, since, at that age (4-12) they are not emotionally or mentally prepared to handle the limelight. Further, by the time they are used to this attention they outgrow the age which is usually needed for roles and at that time the loss of the limelight and attention also severely impacts the children leading to more mental health problems for them.

Despite the fact that seeing children in ads is a very common concept, there are still a certain number of people in the marketing industry who consider the presence of children to be a very ‘fresh and new’ perspective. Others feel it is simply an unoriginal idea where advertisers put children in as a fool-proof solution. Whatever your opinion on children in ads may be, one cannot deny that while there are some ads where the use of children has seen a positive impact, there is a negative side to it too. The question then is - Are children important in the advertising industry and if they are - is the mental and emotional damage worth the monetary and social benefits?

We’re a consumer insights agency. The interface of digital innovation and human psychology lies at the centre of our process; it helps us bridge the gap between brands and people>